Sustainable cotton straight from the field 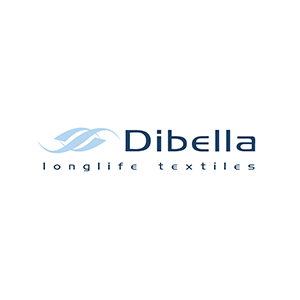 A sustainable textile supply chain begins with an ecologically and socially responsible production of raw materials. However, it is often not easy for companies to control the conditions in the country of origin of the raw materials - because they go through many processing stages before a finished garment is in the shop. The textile company Dibella has therefore joined forces with other brands in the textile sector to form the "Chetna Coalition" in 2015: Together they purchase sustainably produced cotton in India directly from the members of the Chetna Organic Farmers Association (COFA). COFA supports the cotton producers united in this association in cultivating cotton sustainably and fulfilling the Fairtrade and GOTS requirements. Dibella and the other Chetna Coalition companies guarantee to purchase their cotton for a minimum price in the long term. In this way, they contribute to improving the local living conditions.

The deeper the supply chain, the more difficult the monitoring process

A sustainable textile supply chain already fulfils ecological and social requirements during the production of the raw materials. This means that the producers receive a reasonable price for their goods and can make a living from their work. This is often not the case with cotton in particular: due to the fluctuating market price, the risks involved in cotton cultivation are very high. Often it is not possible to achieve prices that provide a livelihood. It is a particular challenge for brand and trading companies to obtain information about the conditions under which the raw materials were produced - because the raw material goes through many processing stages before the finished garment is in the shop. However, transparency is important for companies that want to take responsibility for the entire textile supply chain. Only in this way can they meet the growing demand for sustainable textiles, for example from business customers in the hotel and catering industry.

Specific engagement at the origin of cotton

The textile company Dibella, which supplies many business customers, merged with other brands in the textile sector in the "Chetna Coalition" in 2015: Together they purchase sustainably produced cotton in India directly from the members of the Chetna Organic Farmers Association (COFA), a cooperative of producers, at guaranteed minimum prices over the long term. This enables producers to improve their standard of living. Chetna organic cotton has been proven to meet Fairtrade and GOTS requirements. The textile companies of the Chetna Coalition are also committed to the sustainable development of cotton cultivation and the local growing regions. Among other things, they finance training courses on organic cotton cultivation, but also on economic issues such as management, market development and business planning. In this way, the producers are supported in their efforts to operate economically successful organic cotton cultivation and to improve their market opportunities. In addition, members of the Chetna Coalition invest in infrastructure and education, especially for girls.

More than 9,000 producers organised in the COFA now grow organic cotton on a total area of around 13,000 hectares and are Fairtrade certified. Child labour and forced labour are prohibited - compliance is monitored on an ongoing basis. A further 6,000 cotton producers are currently converting from conventional to organic cotton cultivation. In addition, the participants will adopt traditional farming practices: they will use natural fertilisers and biopesticides and only GM-free seeds. In this way they protect biodiversity on the cultivated land. In a training centre built in 2017, 70 percent of which Dibella financed, around 5,000 producers are trained each year in sustainable cotton cultivation. Thanks to all these measures, the harvest yield was increased: In 2007, around 170 to 220 kilograms of cotton were produced on 4,000 square meters of arable land; today, the same area produces 270 to 340 kilograms of cotton.

Social projects have also been successful. At a girls' school in the state of Telangana, many schoolgirls had dropped out because they had to travel long distances to school and lacked transport. To remedy this situation, Dibella together with two of his customers, donated around 70 bicycles. This simple measure alone has reduced the school drop-out rate from around 50 percent to less than 5 percent.

"The partnership with Dibella has helped Chetna Organic in many ways: from increasing the yield of organic and Fairtrade cotton and selling at a higher premium to Fairtrade and social premiums from Dibella and its partner companies. These premiums are then invested in school education programmes, infrastructure development and other community development programmes."

By directly purchasing sustainably produced cotton, Dibella can minimise ecological and human rights risks in its supply chain. In addition, the purchase of Chetna cotton also has a positive effect on the company's reputation: Thanks to direct cooperation with local producers, the company is able to report first-hand on the positive effects in the growing regions. This credible commitment also convinces the company's customers, the textile service and hotel owners.

The world's first jeans that stay in the cycle Workwear: more transparency in the supply chain
Scroll to top